Huck Jenkins tells about how the long haul to the sunshine state and playing in the sand went. Huck currently sits 5th in the NEPG Beta Cup Challenge. 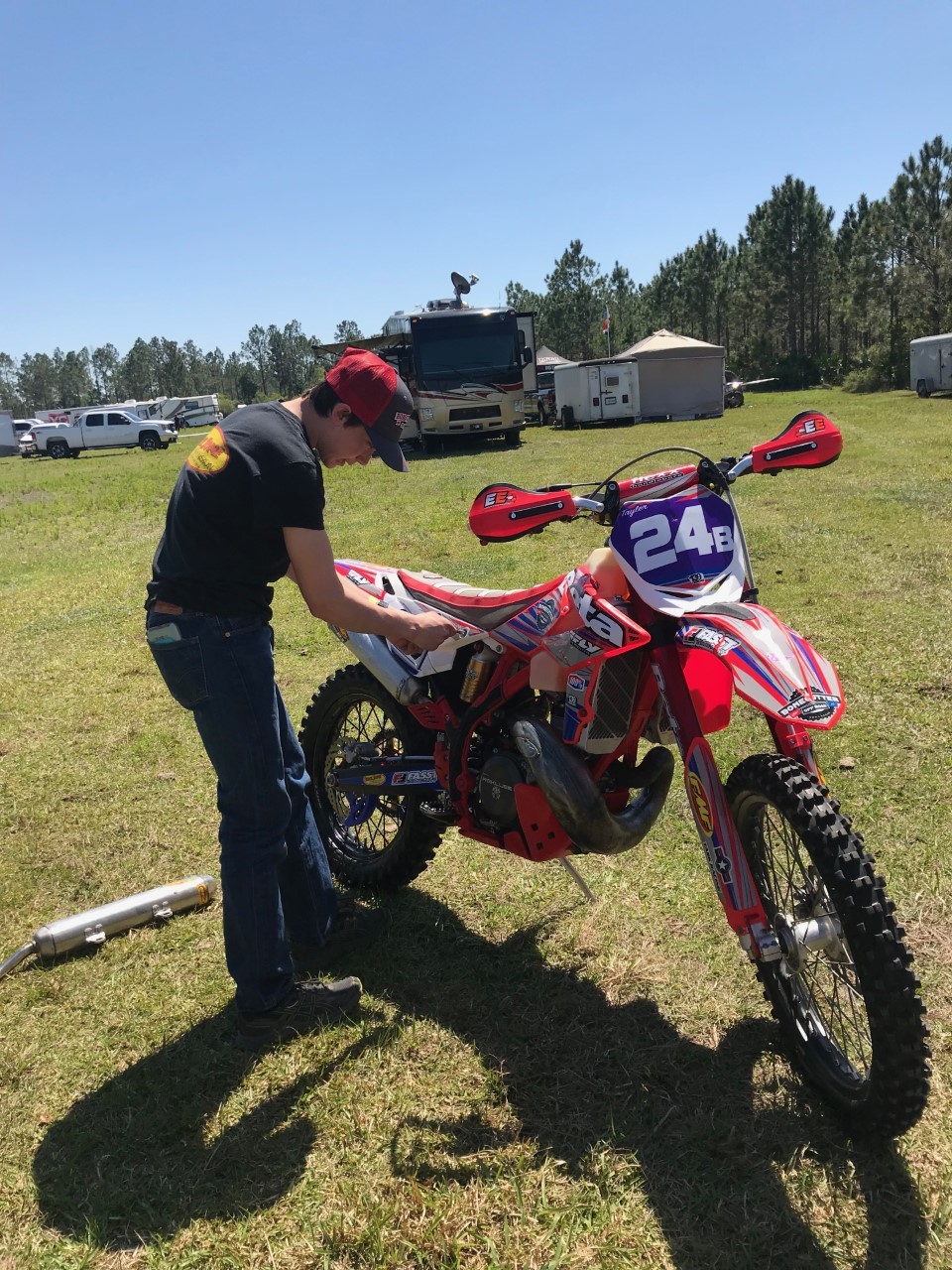 "Round 2 of the NEPG series is in the books! The Bonecutter Beta crew went to Ormond Beach, Florida last weekend. As it was such a long drive, we dragged along Scott Boyer as an extra driver. Steve and Tayler left around 4am and went to grab Scott. I met them at a gas station to start the 18hr plus drive south. It was amazing to see the scenery change as we headed south. Missouri was cold and nasty. As we drove it got steadily greener and warmer. I was wearing jeans and two coats and when we stopped for gas in Alabama I wanted to wear shorts! We stayed in Tallahassee on Friday night. Next morning was a short drive to the race site. We set up and got signed up for the 68th Alligator National Enduro in no time. To bed at 8:00 and up at 6:00 ready to race. My grandparents showed up to watch at 8:00 in the morning. They were full of embarrassing stories to tell about me (what are grandparents for?!!)

I was row 13 with Steve. Scott was 6 rows behind me, and Tayler 5 rows behind Scott. I soon found out that even more than I hate rocks, palmetto roots are FAR WORSE!!!!!!!! Good ole NEPG decided to cut a special section in test 2 called “Palmetto Hell”. I can’t thank them enough! Florida has loooots of sand and palmettos. That's pretty much what the whole race was. I had fun though, despite the not so great trail marking. They thought it would be good to have you blast through a palmetto patch and then all of a sudden make a 90 degree turn. We did that over, and over, and over... But after a long day of that it was nice to a take rest and be done. I finished 9th in A 200, I have my work cut out for me. Tayler gave me a wonderful workout regimen which is full of picking up my bike every lap...UGH. 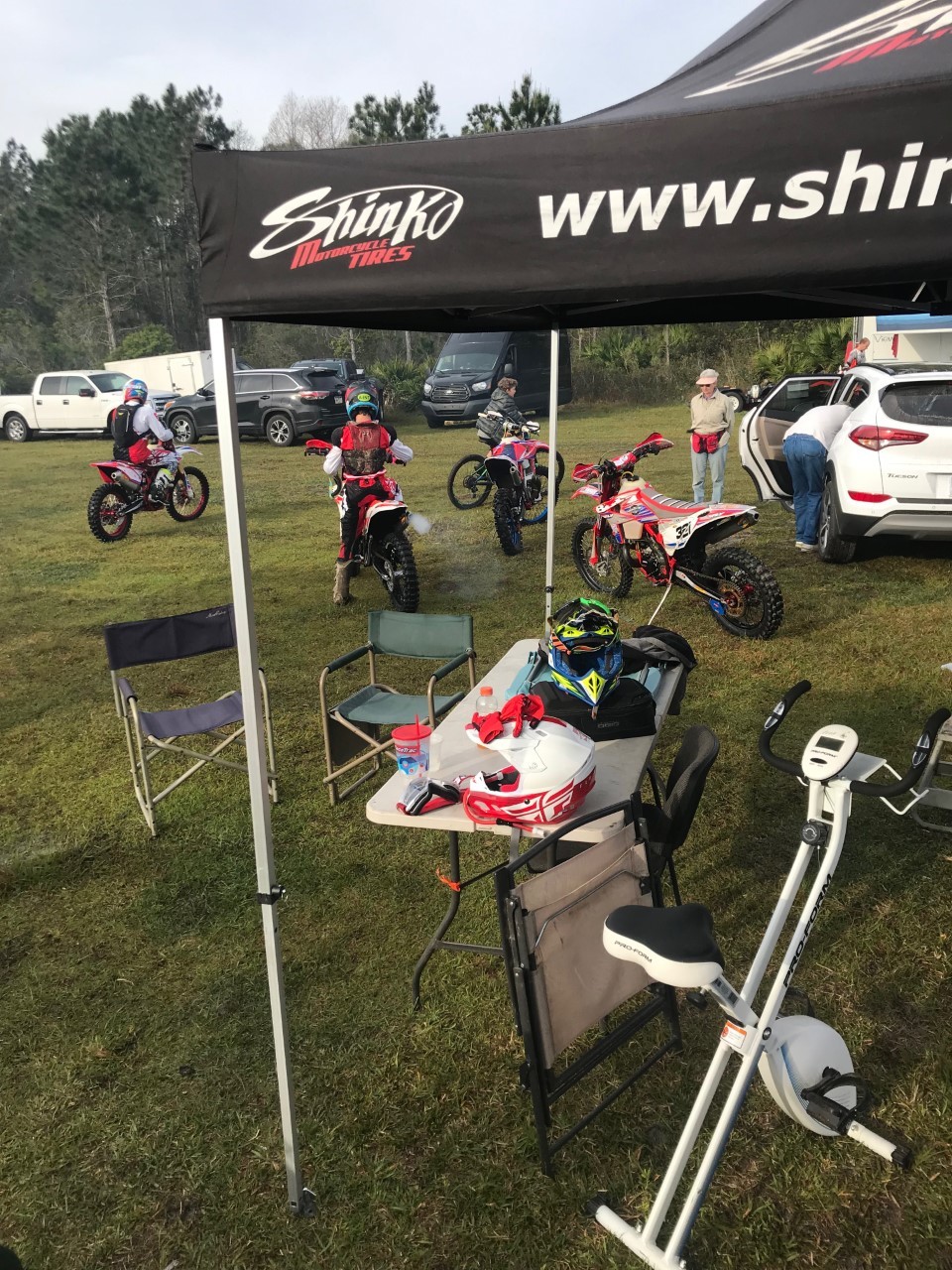 Sadly, we had to say goodbye to the nice weather and green grass. I soon found out that they brought Scott for an extra driver because we were driving through the night--and that I was supposed to not only stay awake, but keep Scott awake. I didn’t do a very good job of either. I was asleep, awake, asleep, awake, from 8:00pm to 1:30am. I guess I’m not reliable for keeping someone awake at the wheel after a full day of racing...sorry Scott. After stopping for gas and switching drivers, I fell asleep instantly in my chair. When I woke up I found that the van was stopped and everyone was asleep. I was very confused as to where we were, but seeing everyone asleep I joined them, (surprising huh?). It was great, I woke up at 8:00am and was ten minutes from home. It was then that I found out that we had stopped at a rest area for an hour or so. I departed the Bonecutter's and headed for home. It was a great weekend.

I can’t thank the Bonecutter's enough for all their help and support. Thanks Bullet Proof Designs for keeping my bike safe and Shock Zone Suspension for keeping me and the bike planted in those sandy whoops. And Perfect Pitch Guttering Systems for the support!! Can’t wait for the next one!!!!!"