Huck Jenkins tells about how Rd 4 of the NEPG went after returning from an injury making him miss Rd 3. Huck currently sits 5th in the NEPG Beta Cup Challenge.

"This past weekend the Bonecutter Off Road crew went to Greensboro, Georgia. It was raining almost all the way down. So obviously the race was quite muddy. Of course, the way down was very relaxing and lots of movies was watched. We stayed the night just over the border in Georgia. We arrived at the race site at around 10am. We stood under the EZ - Up and in the box van while it was raining cats and dogs. I did little things on my bike to prep it for mud.

Sunday rolls around and it’s still raining. Ugh. I was on row 23, with an NEPro 2 rider. After Test one, I learned there is no way I can even come close to keeping up with him, not even for a second. After test one, I am not doing so well because of the extreme humidity. Test 2 was also not great. Test 3 was super short due to all the rain, the NEPG staff cut many tests short. They even cut test 7 out completely. I rode alright the rest of the day. I was not really prepared for the Georgia red clay. I tell ya, when that stuff gets wet it’s like a skating rink. Sheesh, I’ve never ridden in anything that slippery. I ended up 5th in 200 A, 73 overall. I’m ready for some dry weather.

After the race, I got to see my older sister Robin, Brother in-law Alex, and my niece Mary. That was very nice. We then headed home. For the first part of the drive I fed Steve PB sandwiches and gave him drinks. Took a short nap and switched to the front seat so Tayler could take a nap. We drove through the night. So my job was to keep Steve up from 7- about 1am. Then when we hit Missouri, Tayler drove the rest of the way to my house. I live 1 mile into the woods on a dirt road. Sooooo they dropped me off at the end. I rode my bike to my house, grabbed mom’s car and drove back to get my stuff. All at 2:40 am. Was in bed at about 3. Yuck. But hey, it's’ worth it!

My Bonecutter Off Road Beta 125 was awesome!! Can’t thank all my sponsors enough, Bullet Proof Designs, Shock Zone Suspension, Bonecutter Off Road, Perfect Pitch Gutter Systems, and Tayler and Steve for putting up with me for the national enduro’s." 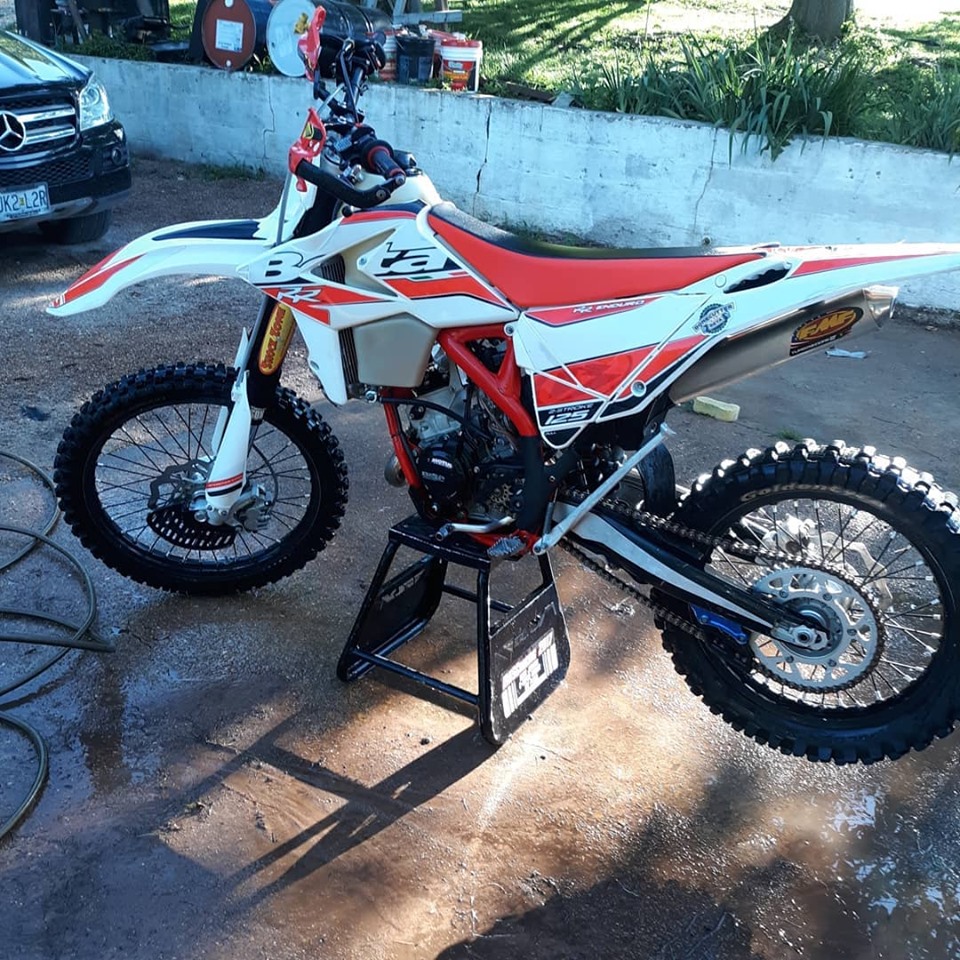