How many people get to say they did a weekend race trip to the upper peninsula of Michigan? Round 7 of NEPG took place in Marquette, MI. The Bonecutter crew left Friday morning so we would have a chance to do some sight seeing of the Great Lakes Michigan and Superior. The views were incredible.

The weather is a lot chillier than it is here in Missouri. Sunday morning the temperatures were in the upper 40’s. Luckily no rain and sunny skies were in the forecast for the day.

Test 1 had a lots of sand whoops but also a fair share of single track woods. The single track was very tight with lots of sharp corners. The sun was still low enough it was blinding through the trees. Overall, it had a good flow.

All I can really remember from Test 2 was lot of sand whoops. It was an extremely fast section but it was fun.

Test 3 was very hard for me to get a flow. It was nonstop, between greasy tree roots, tight corners, and mud holes. It was only 7 miles long but it felt WAY longer than that. Two out of 3 of the mud holes, I had to drag my bike out of the main rut to prevent from getting further stuck. Other than that, I had no issues and just tried to stay off the ground. Needless to say, I was glad to see that test end. 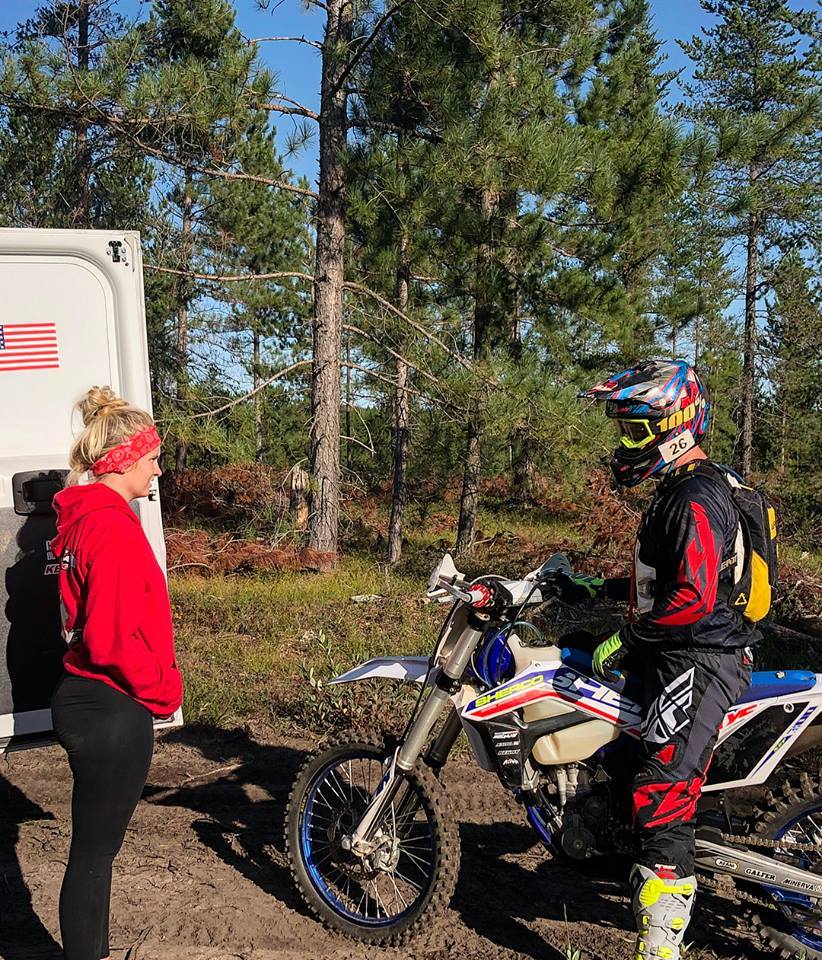 Test 4 was the longest one of the day, 9.5 miles. It was my favorite section! It had miles of sand whoops and an occasional moon rock climb. The moon rocks were big but not really hard or a struggle. The rocks were a nice break from the constant beating in the sand. I pushed really hard in this test and ended up getting tired towards the end of it, resulting in three wrecks.

Test 5 was the shortest one of the day, 5 miles. I was excited knowing how short it was because it was my last test of the day (Women’s Elite don’t do test 6). I knew I was getting tired but thought with it being short it would be painless, little did I know. Right after takeoff, we had to cross a mound of rocks. A quarter of a mile in, there was a tough, rutted, rocky hill with two people already stuck on. No other lines or even a way around it so I just sat there waiting on them. Meanwhile, the row behind us catches up. I made it up the hill without any trouble but I had let the other people who caught up go ahead. The other 4 ¾ miles left were even more BRUTAL!! Nonstop moon rock climbs, downhills with drop offs, uphill climbs with boulders. It was absolutely INSANE! It went from fast sand to hard enduro style. Going into this test already exhausted resulted in, more views of the ground, not making good decisions, and pushing my bike a ton! Such an epic change of terrain! 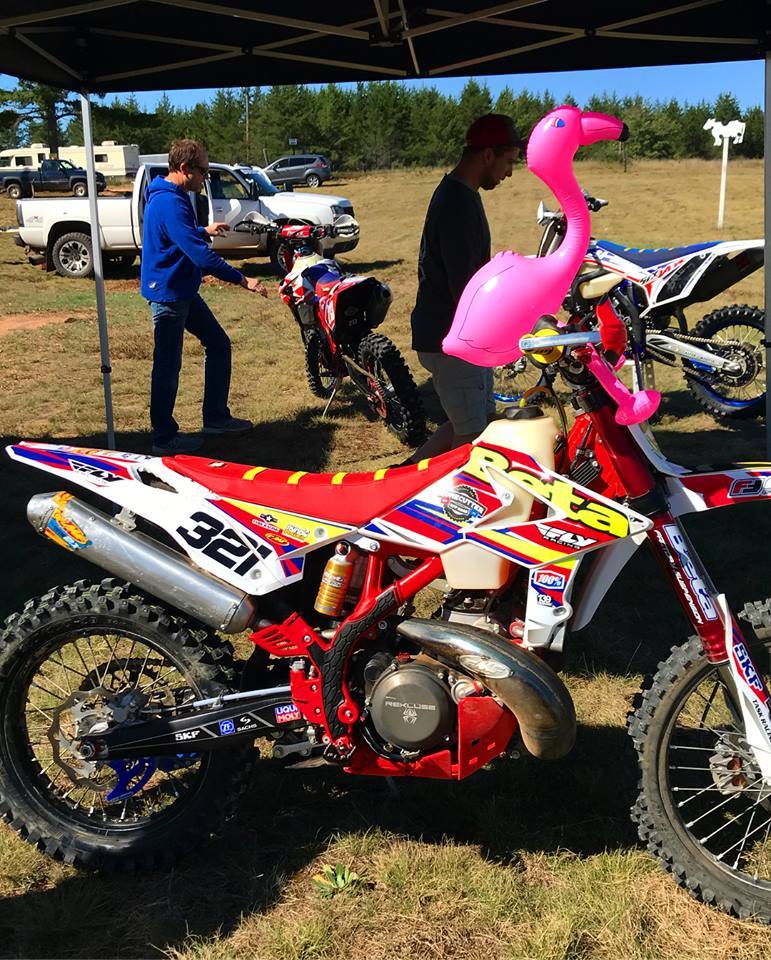 From what I heard, test 6 was way harder than 5. It had bigger rocks (I didn’t know that was possible), bigger hills, sketchy off camber slopes, and mud holes! Everyone I talked to after this test looked worn out and had at least one struggle!

Shoutout to our pit guy during the race, Kevin Boyle “Boyd”. He walked way longer than half a mile to make sure our crew had water. After the day was done he claims he was “done, spent, wore out”.

Steve Bonecutter’s description of test 6 – “The moon rocks were so huge it was like rolling up to the house and trying to figure out how to climb it. By the end of the first mile, I was tired, had leg cramps, and was barely able to ride my bike. RUTHLESS! Hardest 8 miles I have ever rode.”

Overall, it was a super cool location and now that we know what to expect, I hope we get to go back next year! Completely worth the haul up there. 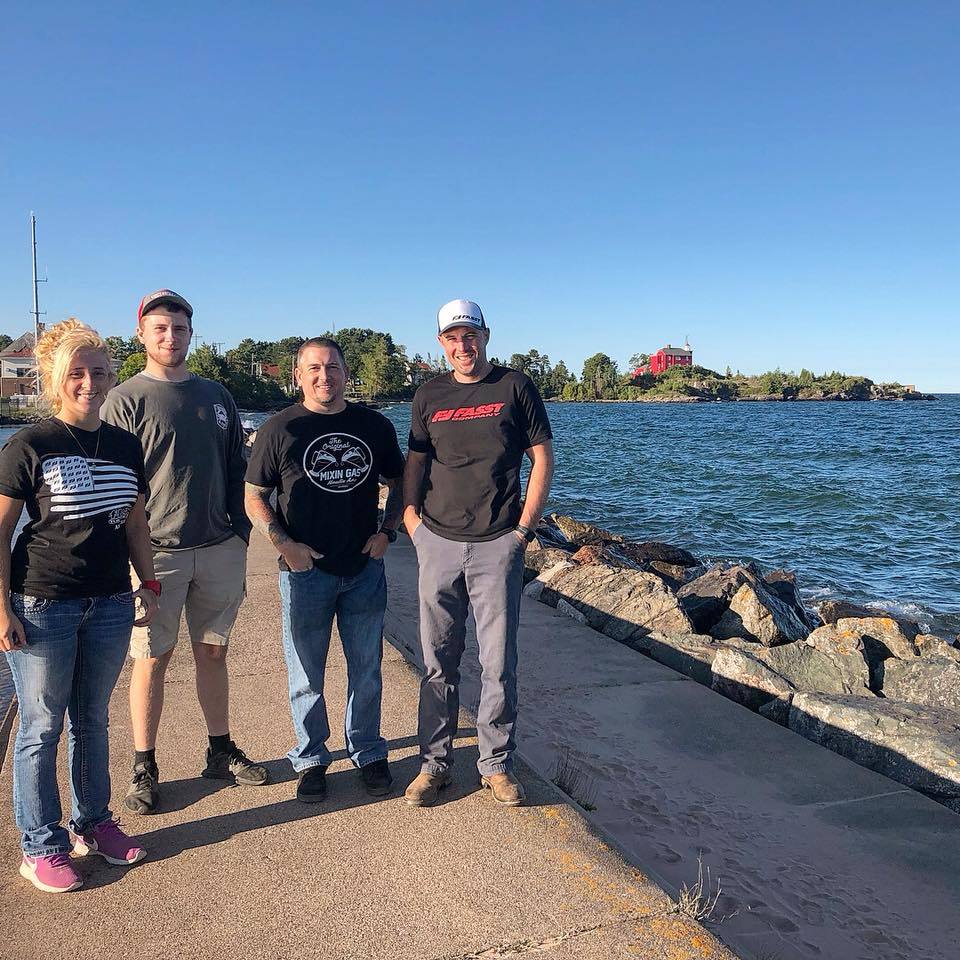 Why Sag is a Priority for...

WARNING, I am not a suspension expert but understanding how it works is something...

Why do I use Flexx Bars?

For starters, use what works!!