Last weekend, we went back to Ohio for an enduro, home of the “Grassman”. Do you know what a Grassman is? Google it… or check out the picture in the bottom of this post! Driving in the north is my least favorite, roads usually are not the best. Last time I raced this location, I remember it having a ton of never-ending hills and overall technical terrain.

Rain moved in Saturday but did not hang around long enough. Condition were dry, silty, powdery, etc… Which made the terrain extra sketchy. It was hard to judge if your front tire was going to slide out or stay put. I struggled with that.

First test, had a creek section not even a mile in. I felt like I was not complelety warmed up for that. I had no issues. Right after the creek, we had our first hill climb of the day. I came up on another rider taking up the entire trail so I had to make my own way up. I spun some but was able to proceed. The entire test was tight and technical. By tight, I mean sharp corners. 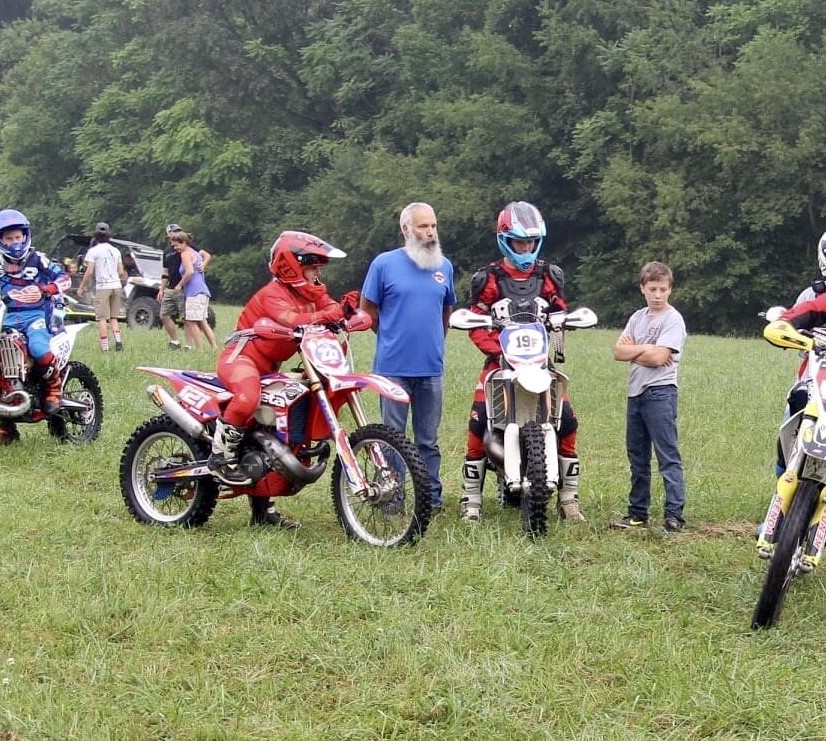 Test two was about the same. Lots of off cambered slopes. Tight corners and not a ton of flow. I still was not feeling super good.

Test three had a humongous hill off the start. It was straight up and seemed never ending. I followed the other people on my row, on the not so easy line. Almost to the top, I started to spin and ended up cutting across the hill. I did make it up. I wrecked a lot in this test. I struggled to get a grove and judge the ground.

Test four was my favorite! It was 8.5 miles of the most enjoyable trail I have ridden so far in Zanesville, OH. Right off the start, we had a super long but fast creek section. I felt like I was able to charge through it. The rest of the test had more hills but less sharp corners. 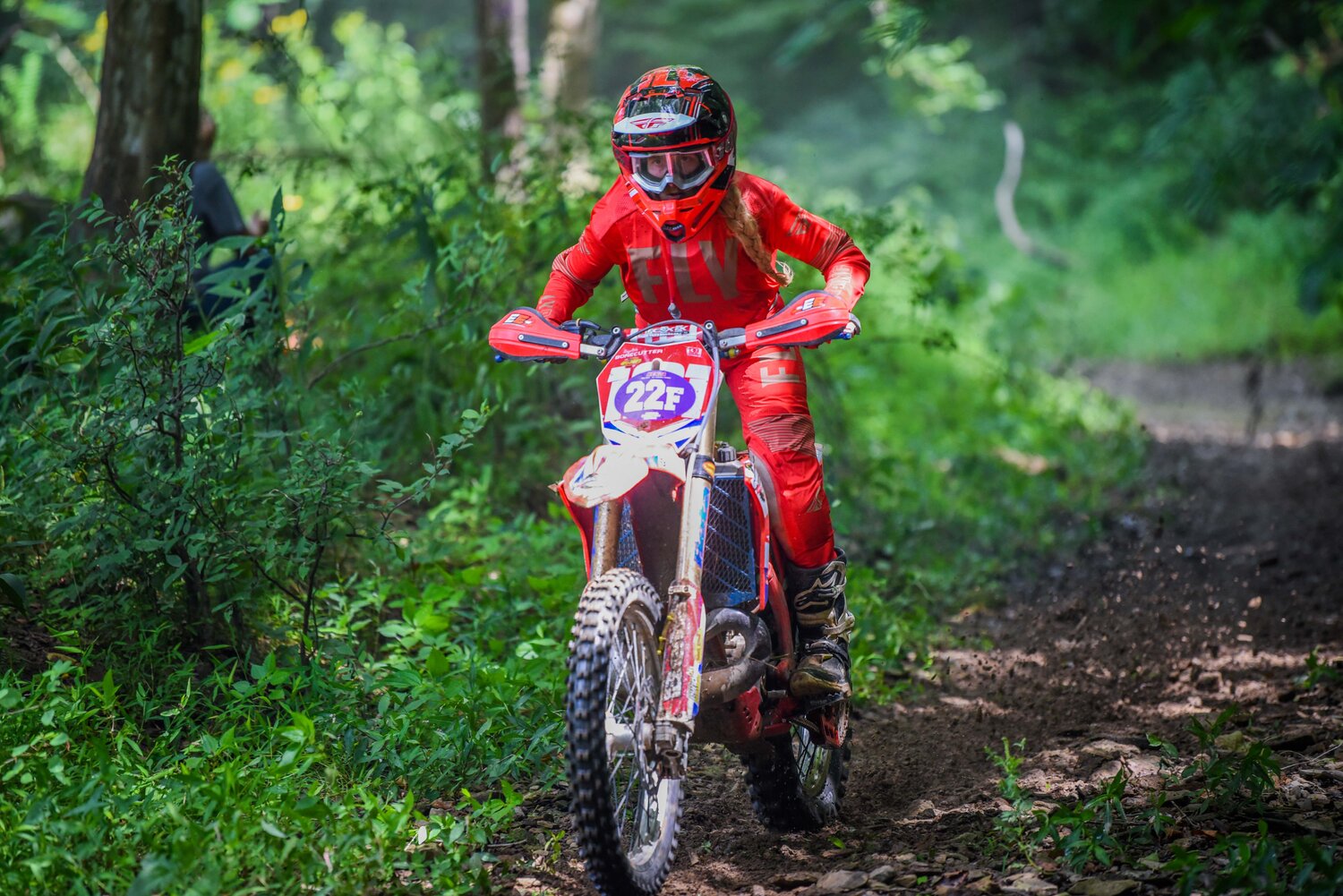 Test five was a short one. I struggled to find a flow in it but it was still a better one than my first three sections.

At the end of the day, I finished 7th out of 9 in Women’s Elite. Our next NEPG, is on HOME TURF at St Joe State Park! I am looking forward to it. 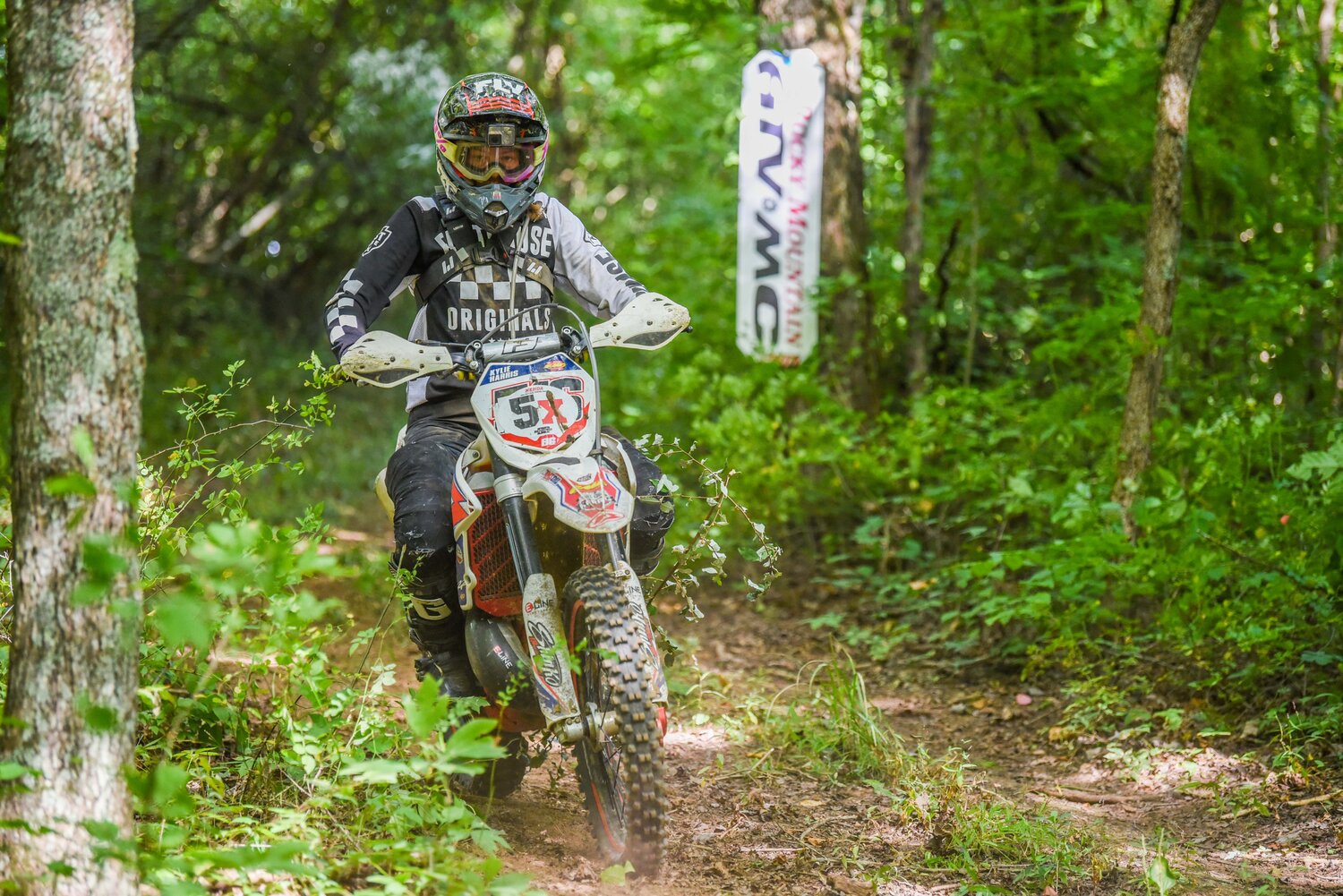 Great job to the Bonecutter Off Road Beta and Sherco Racer’s! 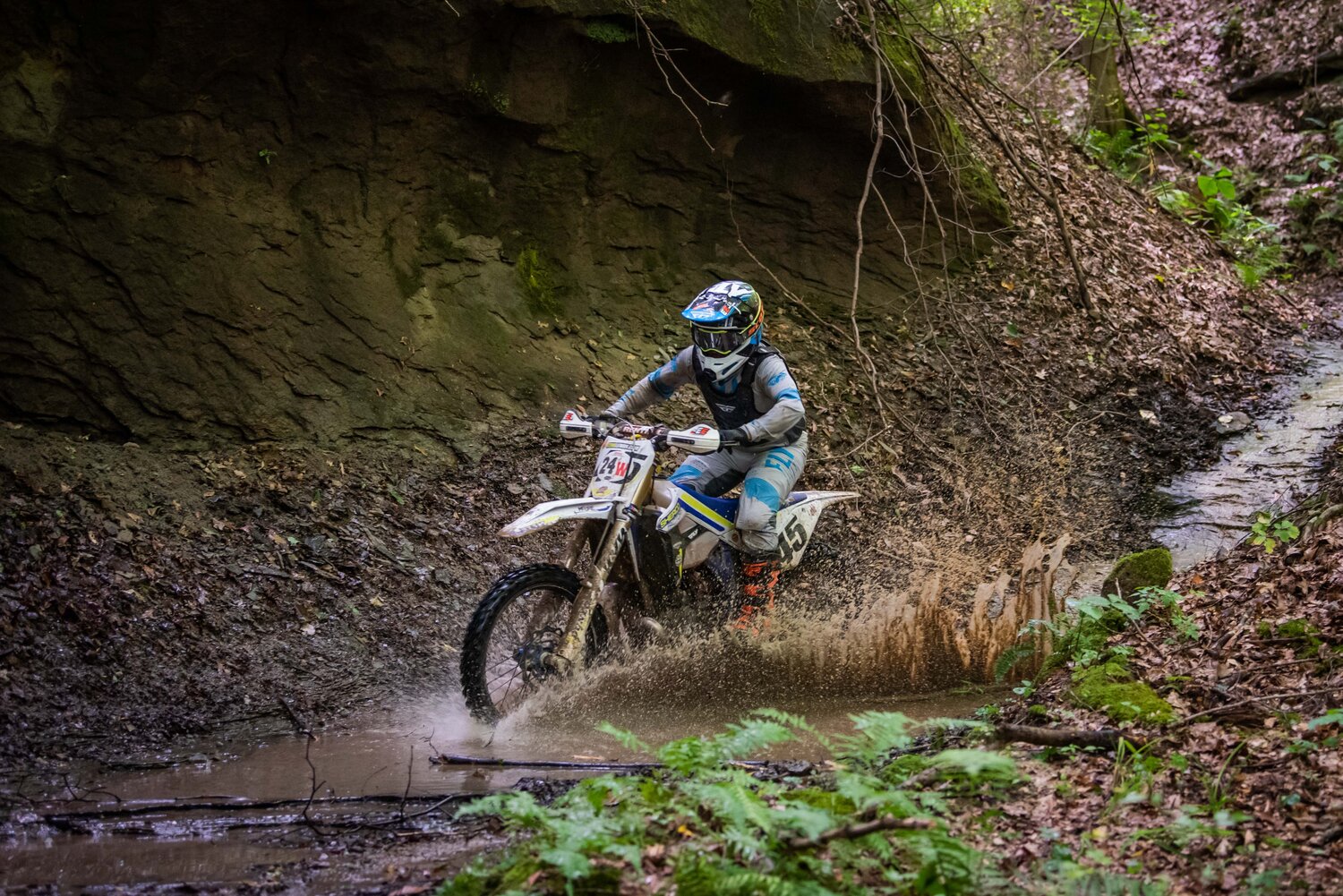 What is a Grassman? 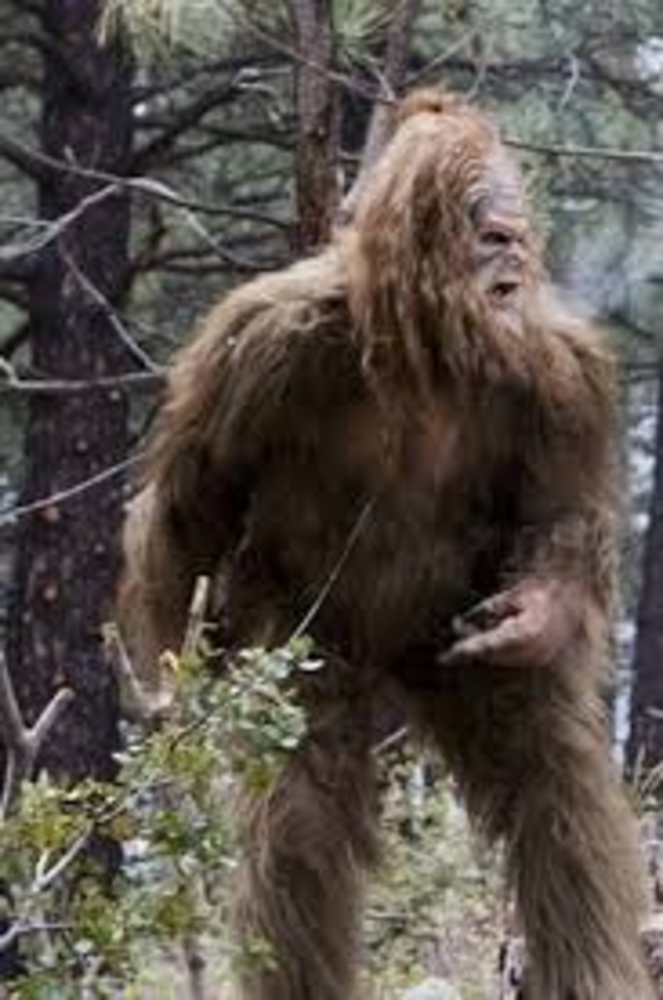