Old Lady on a Sherco with New Skills

"While this old lady has been racing dirt bikes for about 7 years now, it was her first time at trying the NEPG circuit. Was not sure what to expect as I have never even ridden at Park Hills. So, I had the brilliant idea to walk one of the sections.

I filled my water pack, grabbed my phone, and off I went walking test 3. The trail was plenty wide with lots of up and down hills, but I just wasn’t seeing anything that I thought would be above my skill level. Before I knew it, I was 3 ½ miles in. Having only raced the local races I was just sure I was going to pop up out of the woods any time. Sure enough, in a couple more miles I came to a black topped walking path, but do you turn left or right. Afraid of getting lost I thought I better keep following the orange arrows. Now 6.4 miles down the trail, legs shaking and just a sprinkle of water left I am beginning to wonder if I should call for a rescue.

I have been saved! A few guys and a couple of UTV’s were sitting at the top of the next hill. PLEASE, don’t move – wait till I get up there. Sure enough my prayers were answered. I explained I thought I was a bit lost, but they assured me I was still in Missouri. They said as the crow flies, I was only a couple miles from camp, but you know in the woods you don’t fly like a crow. These young men were kind enough to offer me a ride back. I certainly did not turn down that offer and in about 15 minutes they had me back to civilization! 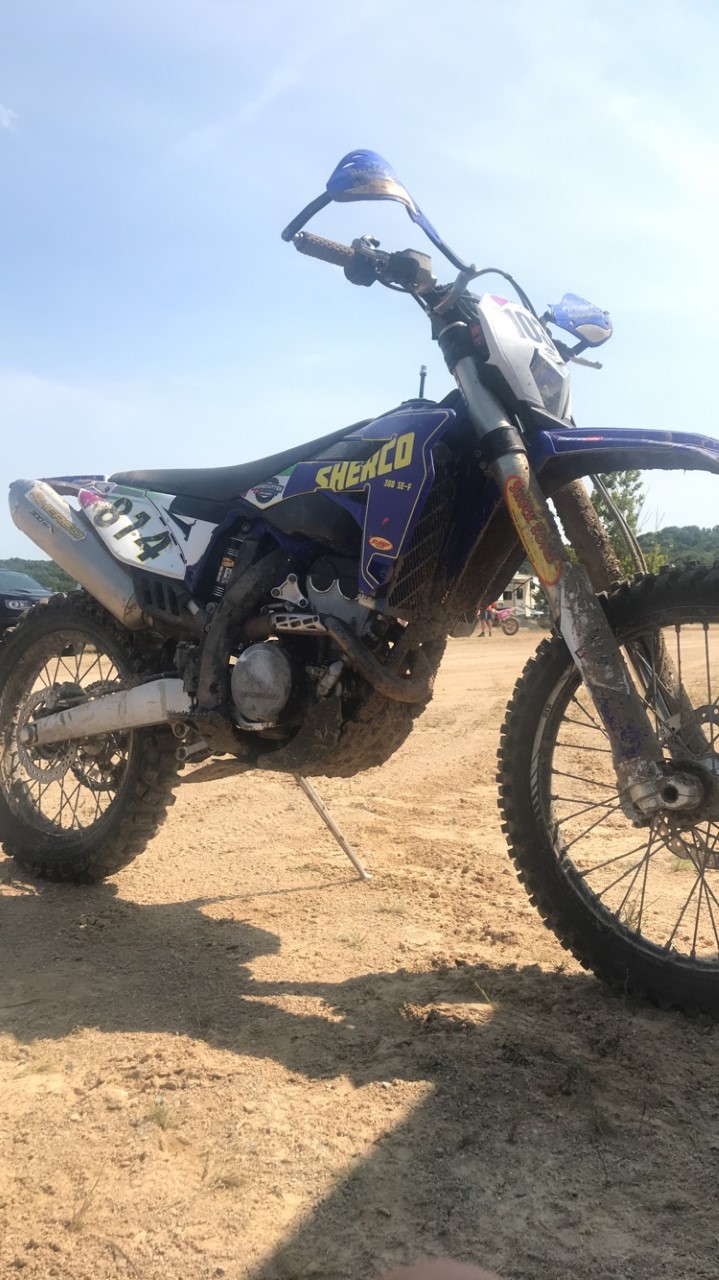 Moral of the story is I got plenty of good exercise and felt comfortable with the lay of the land. Off to the sign-up trailer to get registered. Most people are smart and pre-register the month before, but for the last-minute decision makers, you will get the back of the pack. This particular National had 110 rows available with 5 riders in each row. By the time I signed up I was placed on row 103, which was not a bad thing for me because there were only about 15 riders behind me that got around me pretty quickly and then I was just out there riding alone. No STRESS, No PRESSURE, No WORRIES!

I cruised along on test one with only one mistake. Tried to tackle a tree a little bigger than thought and totally destroyed a bark buster. I wasn’t sure at all how this test stuff worked, but there was a group of people at what I believed to be the end of test one writing down numbers. I was told to keep following the orange arrows to the next test start. Got there with 3 minutes to spare before my row was to take off!

Test two was a little scarier than test one. A lot of off camber hills and a lake that appeared to nearly swallow the trail in a few spots. My fear obviously caused me to go even slower than normal. I was late to the next test by 7 minutes. Between test 2 and 3 I should have been able to take a quick break & fuel up, but did neither and darted off to test 3.

I made decent time on test three and came in with 2 minutes spare before having to taking off on test 4. My time on test four says it all – nearly 70 minutes for just 1 test that was 11.5 miles. I noticed my fuel light came on with about 1 ½ miles left of the test. I let a sweep rider know and he was kind enough to ride behind me to the finish just in case I ran out of gas. 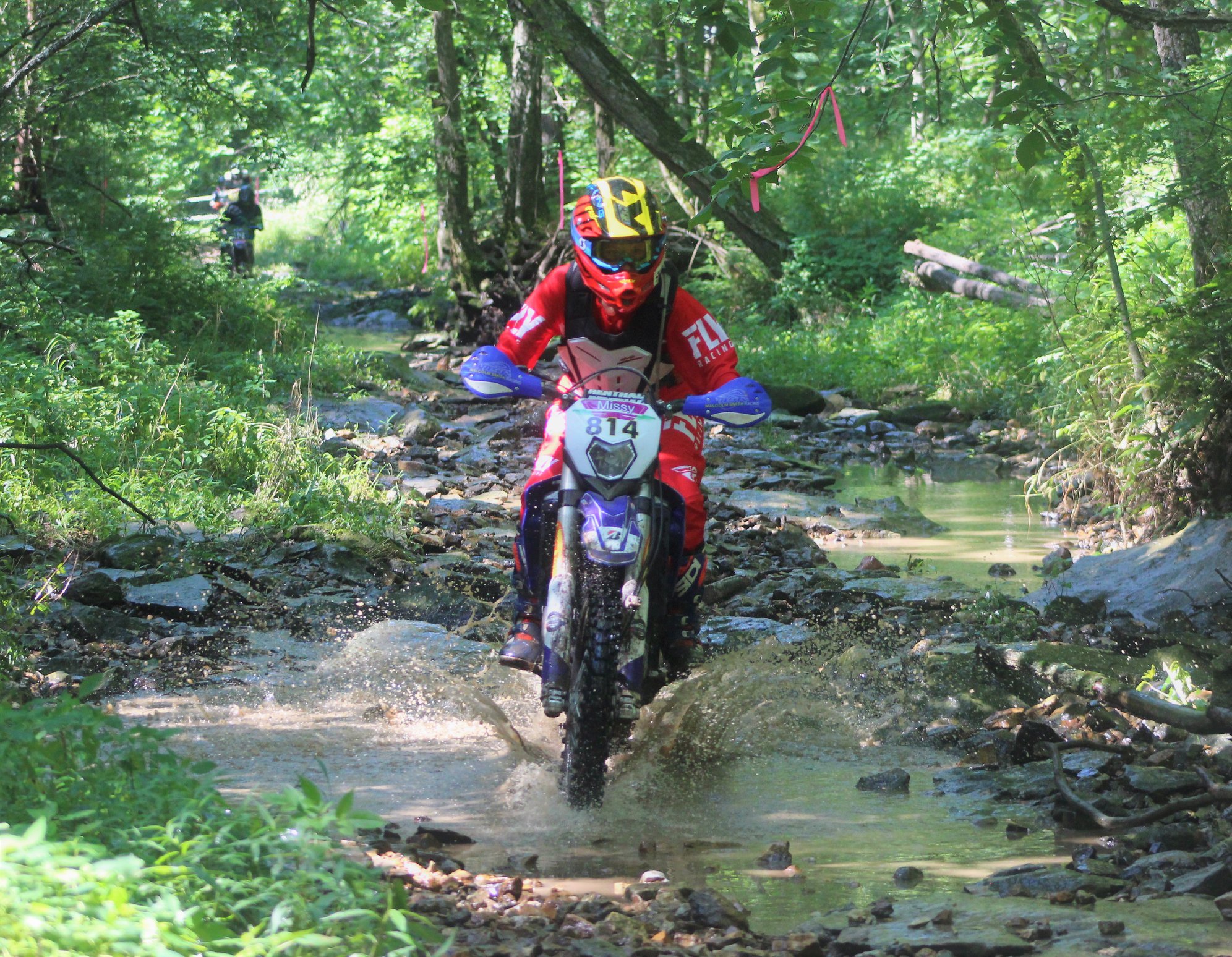 My total combined time was 3 hours and 24 minutes of straight riding. I know I am slow and do not have a lot of skill, but am still proud to say I FINISHED my race! I have learned you are never too old to try something new and out of your comfort zone. In the long run you will be a stronger person. I also have to say I love my SHERCO!! Just give him a little throttle and he would climb the hill. Thank you Steve Bonecutter for getting me all set up and continuing to keep my Sherco in top running condition."