Round 1 of the National Enduro series kicked off this past weekend in Sumter, South Carolina. This round is sandy with occasional clay sections. Friday it rained almost two inches. I had positive hopes about it not being slippery and turns out my positive vibes went the correct way!

This was my first race back after dislocating my elbow. At the beginning of January, I had no idea if I would be able to race this first round. I focused on building strength, HIIT style workouts, and rode when the weather allowed. Keeping my mind in a good place and enjoying the process was a major factor! Two goals of the weekend were to finish and to have fun. 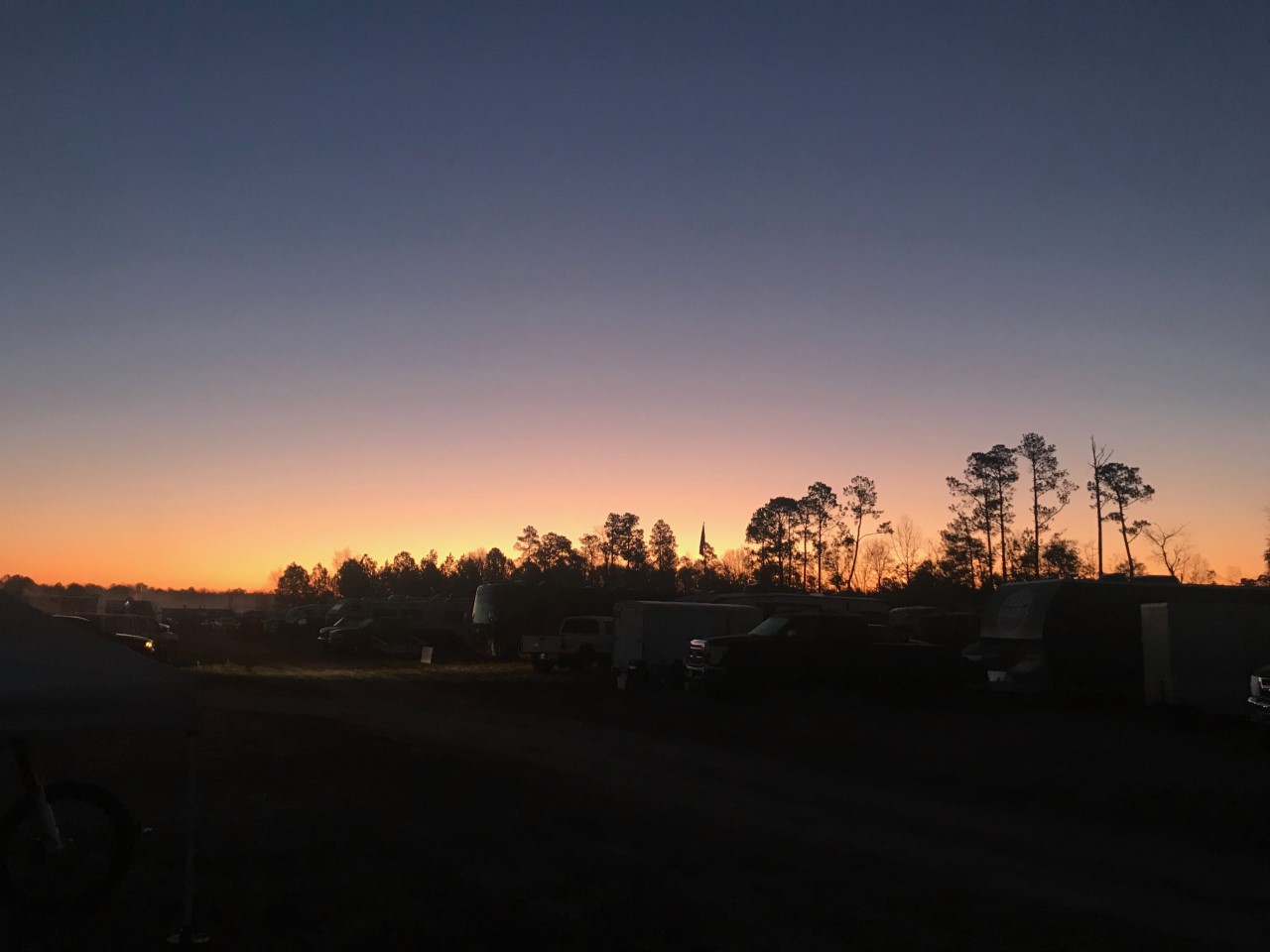 Test 1 was 10 miles. I was slightly concerned but glad it was at the beginning. I stayed focused and took it mile by mile. This section was SUPER TIGHT and turny. It was a killer for my arm. Overall, I felt like I was riding decent.

Test 2 was another 10 miler. After the first one, I was highly concerned about doing another 10 miles back to back. But again, I focused and took it mile by mile. This section was also super tight and turny. It opened up a few times which was nice. The last few miles, my arm was getting super tired and I had some issues which resulted in lots of time lost.

The issues I had in Test 2 caused me not to have much time before Test 3. I certainly could of used more time but I drank my Ryno Power Hydro Fuel, ate fruit quickly, and put muscle cream on my arm.. Quickly. With a minute to spare, I made it up to the start of 3. This one was 8.5 miles and flowed a ton better. It still got tight in a few spots but not near as brutal as the first two. This one had a handful of extra soft spots with deep ruts.

After I finished that test, the gas stop was back at the pits (where we parked). I seen my dad in his normal clothes and was highly confused. Turned out in Test 2, the sun blinded him and he bing bonged off of a ton of trees resulting in dislocating his shoulder. Such a bummer! He was in good enough spirits to assist me adjusting a few things on my bike. Wishing him a speedy recovery! 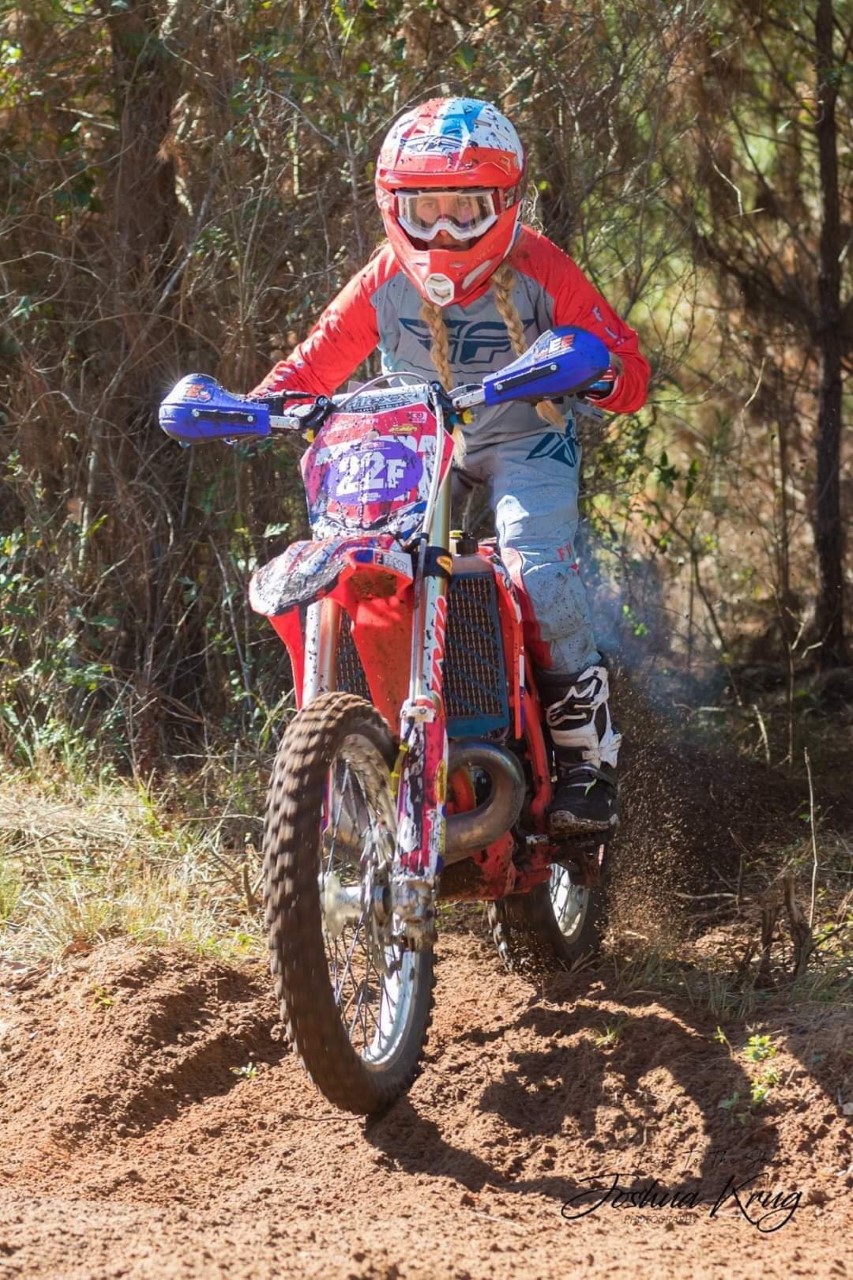 Test 4 was 9.5 miles. It got even more flowy and almost no tight corners. I was relieved! A mile from the end of the test, I went off the trail to let a rider by but still continued to keep moving. Next thing I knew, the back of my head was touching my back and I fell off the end of my bike. Instant dizzy with a headache, bark in my teeth, and confused as heck about what just happened. I assume I hit a tree limb but didn’t really see anything. I tried to gather myself for a few seconds but it was not getting better so I proceeded to finish the test. Inncidents like that is why a GOOD helmet is important. I highly recommend Fly Racing Formula Helmet, top notch protection.

In between Test 4 and Test 5, I was feeling rough. Still dizzy, pounding headache, and a throbbing arm. One test left (women’s elite only do 5 tests), I gathered myself and got off to it. Test 5 was the shortest one of the day, 7 miles. It was the best one of the day too! The sand/dirt was sooooooo GOOD! It flowed even better. All in all, it was my favorite one of the day.

I finished 8th out of 11. I prepared myself to expect the worse but was pleasantly surprised for how smooth everything went. But I am ready to build and grow now that I have an idea of where I am at. A key factor that helped me finish was my Fasst Company Flexx Bar’s. It made impacts softer, more forgiving, and racing way easier on my elbow! 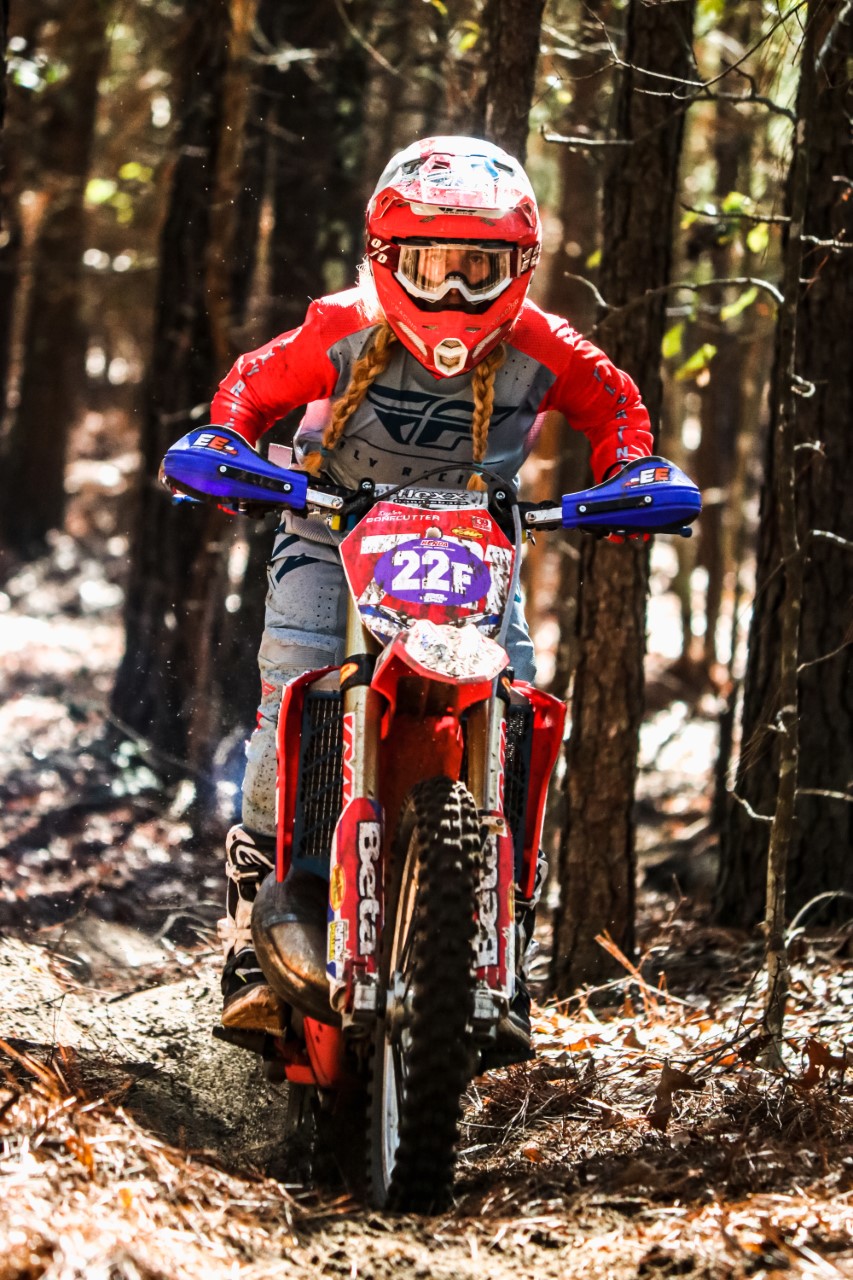 This was also my first race on my new 2020 Beta 250 Race Edition. This bike is simply outstanding! I am still blown away at how smooth the power is all the way through.

Lastly, I want to share a quote that helped me not consume myself with worries, a negative attitude, and help me be as ready as I could for round 1.

Congratulations to all the Bonecutter Off Road Beta and Sherco Racer’s on their finishes!