The 2018 race season was spent putting lots of miles on the road along with hours on the dirt bikes. It has been absolutely crazy but I have traveled to lots of neat places, riding/racing in 14 different states. 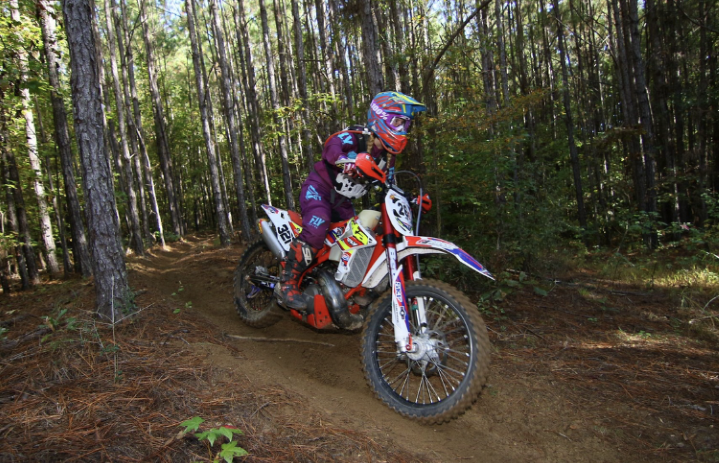 My Dad and I chased all of the National Enduro Series (NEPG). I finished for the year 3rd in Women’s Elite and my dad finished 2nd in A+50. It was a rough start to the season but I am finally getting the hang of the enduro format. My favorite round was Dragons Back in Arrington, VA. After early morning rain, the dirt was phenomenal. So good, it was like a dream. My second favorite race was Loose Moose in Michigan. We had a scenic drive along the Great Lakes. The trail was really cool too, it went from sand whoops straight to humongous moon rocks, EPIC. Pretty much, I have learned there is a lot more than just Missouri hills and rocks. We are chasing the entire series again in 2019, I am pumped!!

I raced the B class in the MORE series. It was a learning year for me, B class is a lot more aggressive than C class. As in, they are not scared to put a fender in ya. I finished 9th in Sportsman Intermediate, 5th in B Long, and 1st in Ladies A. My all-time favorite round was in Versailles. The trail was flowy and fast!! 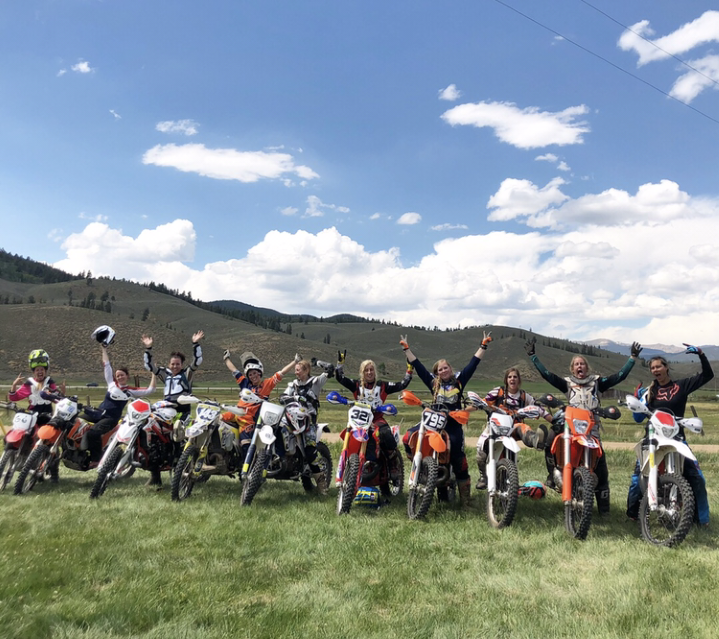 Meg and I made a trip to Colorado and got to see what all the hype is about! We attended a Megs Braaap class along with a VIP ride. The views were killer!! The trails were sick!! The people we met were amazing!! We rode around 500 miles of trail and there is so much more to see, but too little time this trip. 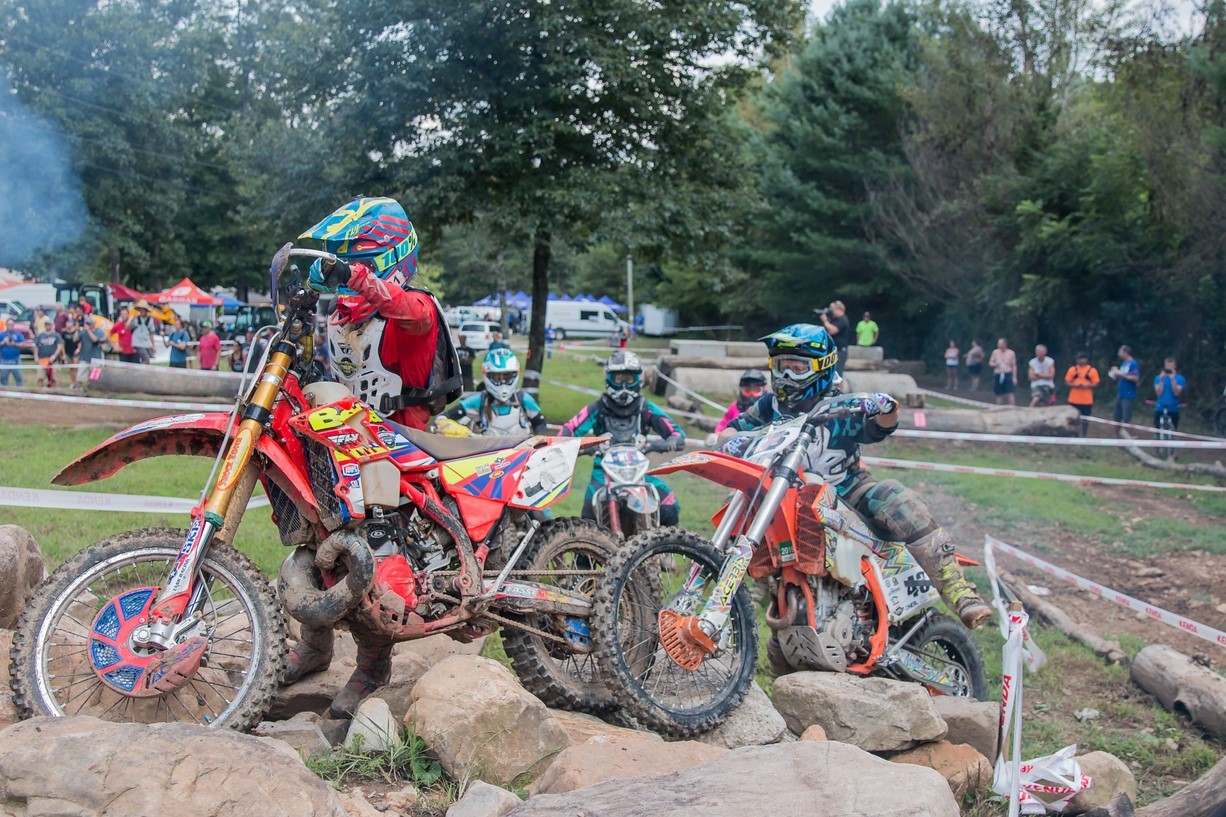 I attempted a hard enduro, Tennessee Knockout (TKO). It rained the entire night before and made conditions slippery. The women start on the last row, so we had to deal with massive pile ups. None of the girls finished a lap in the time limit. They let all of us race the “women’s final” which was mostly an endurocross track. It was by far the toughest race I have ever done. I misjudged a log and endowed, very tough to get back up after that one but I did. I was glad to come home with only bruises and a bike NOT destroyed.

Meg and I duoed The Off Road Cup, 9 hour 3 wo”man” team race and finished 2nd out of 6 lady teams. It had rained a lot the week before so conditions were muddy but held up extremely well considering. 9 hours is a long and tiring race with only two people. It was tough going out for the last lap but Frank Leivan yelled at me “You don’t quit girl!!”. I did 7 out of the 13 laps and I was extremely sore. 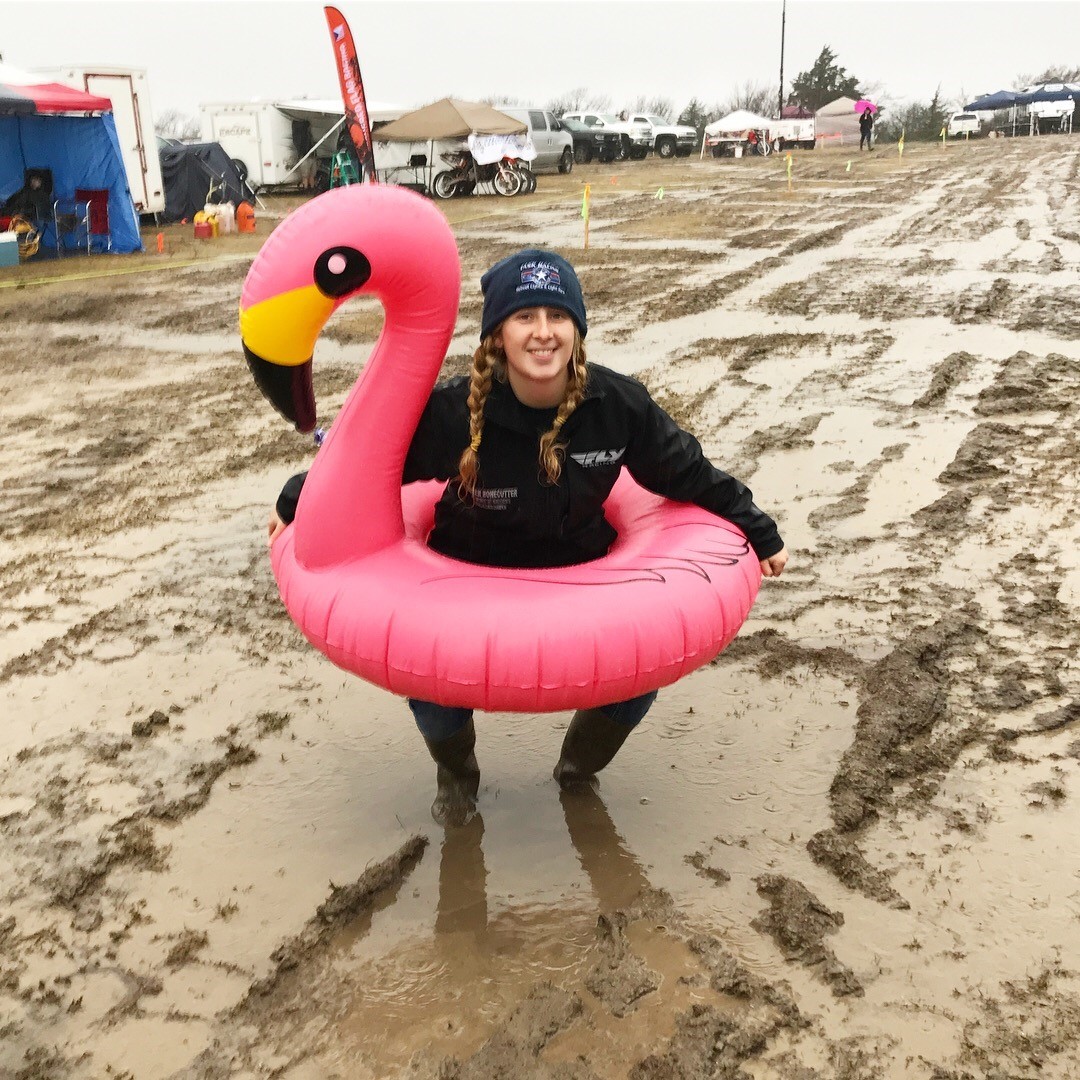 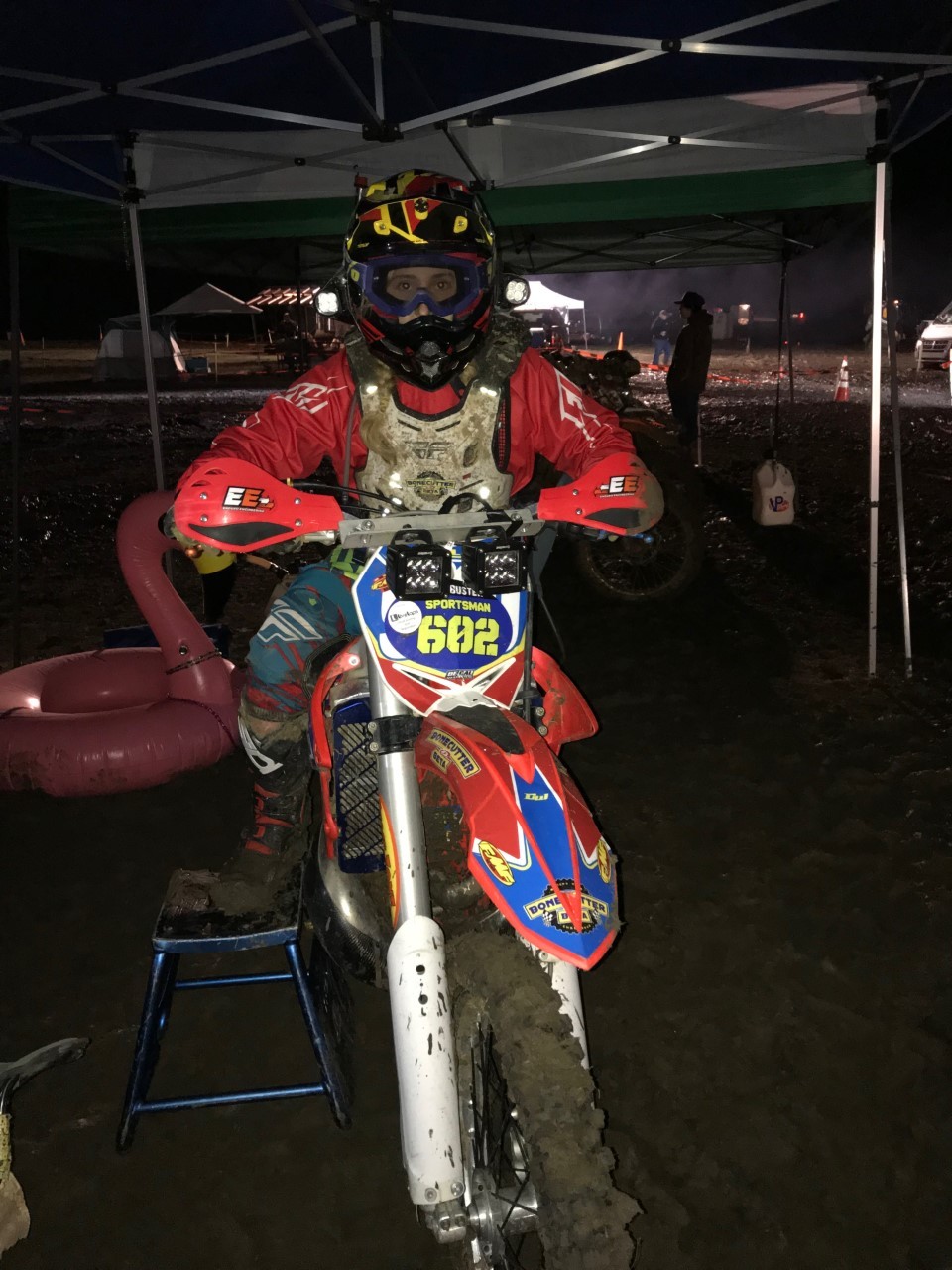 Earlier on in the year, I had an urge to race a 24-hour race! Meg and I got an all-girl team together, Fast & Feisty and raced the Gut Buster in Texas. Now, that was a true mudder. The 24 hours got cut back to 12 hours and renamed as the Mud Buster. Parking lot flooded over, mud in Texas is sticky and hard to ride in. It was already tough in daylight but near impossible trying to ride at night in the dark. Task racing lights helped with being able to see but I still thought it was super sketchy. We had fun and that is what matters!! 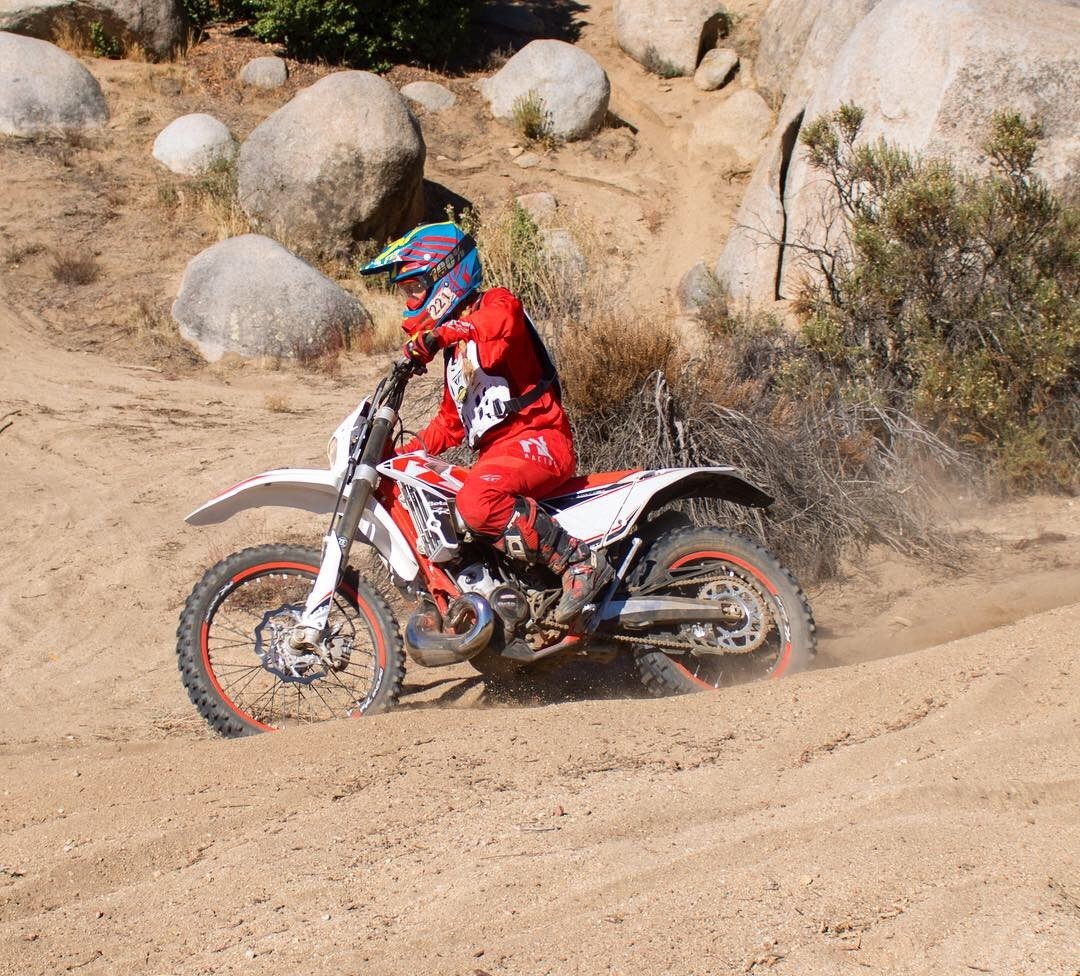 I attended the Beta Dealers meeting in November and got to test the 2019 models, including the new Beta 200. The west coast is sandy! Dad and I attended a two day long class and I earned my Beta Masters Certificate, which is neat!

The last few months, I have done less racing and more practicing. I have a major itch to race and I am super excited for the 2019 season to start. I want to thank everyone who has been there for me, giving me tips, and supporting me along the way!!

Follow the blog & see where the Flamingo goes next!