So, you have been riding the same dirt bike for awhile and you are ready to start playing around with sprockets, power valve springs, and exhausts. A goal in mind to make the power delivery of the bike better suited for you and what terrain you ride.

I have been riding Beta’s four years now with the last two years being on a Beta 250. With that being said, I already know that I want to go up one tooth on the rear sprocket. OEM sprocket is a 49T and I prefer a 50T because I do not have to shift as much. If you change the front sprocket, going down one tooth on the front is the same as going down three – four teeth on the rear, so keep that in mind before you get really crazy. My personal opinion on the 2018+ Beta 250 a 14T front sprocket paired with a 50T on the rear works well for the Missouri hills and rocks along with the out of state places I travel. 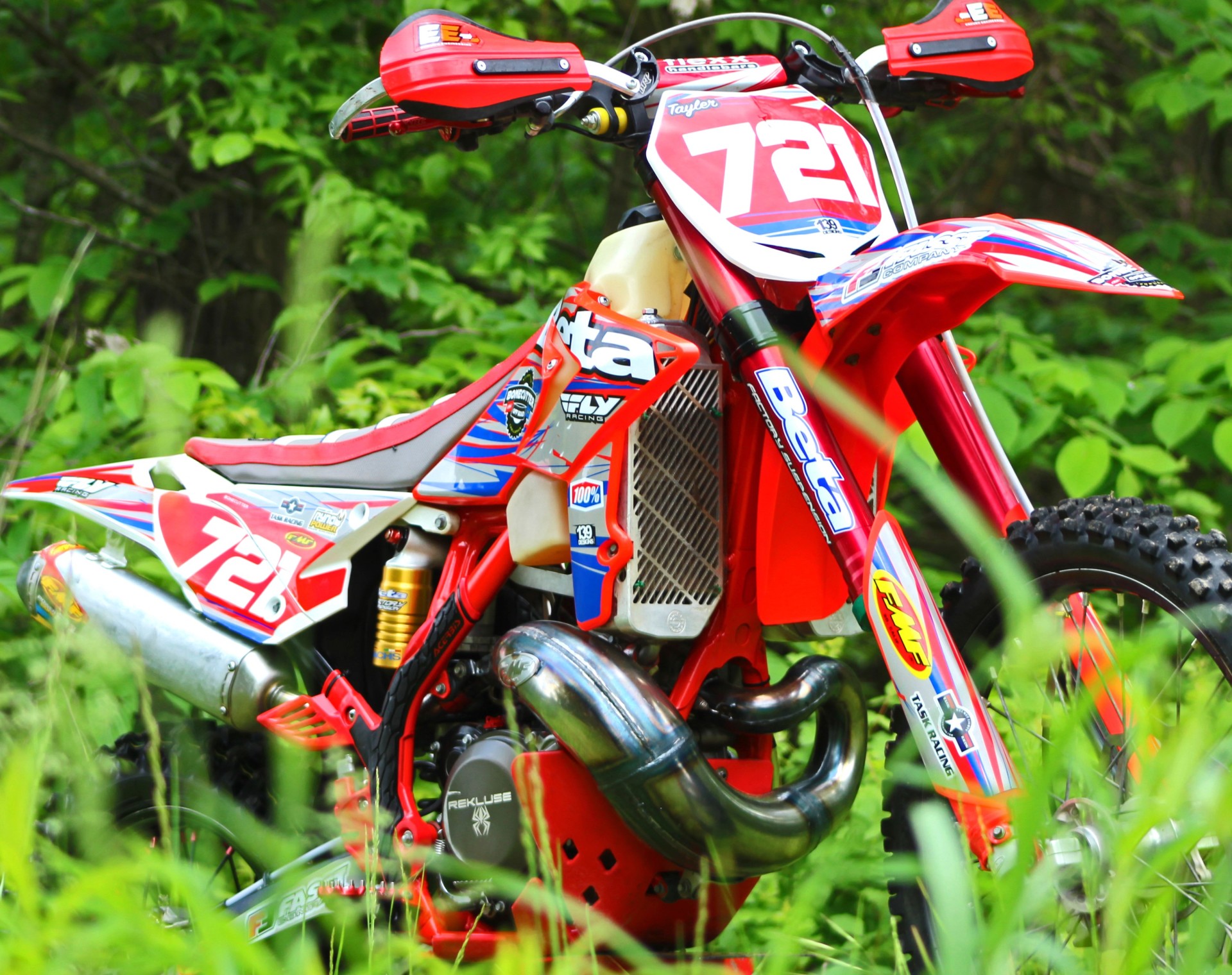 Changing the header pipe can make a difference in the power. A FMF Fatty tends to make the bike hit harder and quicker, whereas the FMF Gnarly makes the power more user friendly. Majority of the time, I run a Fatty. If I plan on doing hard endure stuff, I will put the OEM pipe back on which is similar to the FMF Gnarly otherwise the power difference is not usable in that type of situation.

Next up is the power valve. I do not do any changing to mine. The power valve is a movable flap located on the cylinder exhaust port of a two-stroke engine, where burnt gasses are flushed out of the cylinder. At low RPM, the flap is held partially closed to make the exhaust port smaller. This helps the engine generate torque at low speeds. As revs build, the flap gradually opens, expanding the size of the exhaust outlet for greater top-end power. The ability to vary the size of the exhaust port gives your two-stroke engine broad, usable power. The power delivery characteristics of the engine are affected by the timing and speed at which the power valve opens. Power delivery is not the same for all riders or riding conditions, this making it beneficial to alter power delivery characteristics fairly easy. Generally, there is three different springs you could put into the power valve. One gives the bike more low end, one is about in the middle, and the other takes away from the low end and adds more of a harder hitting top end. A person can also change the main spring preload. This will change when the exhaust flap starts to open. If the flap opens faster, the powerband engages sooner. 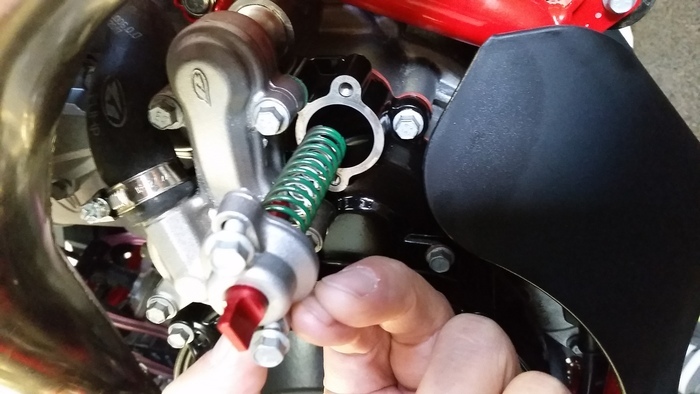 Those are just a few options that we and our customers do to the Beta and Sherco. The possibilities are endless with many more options to piddle with. As always, it boils down to personal preference but keep in mind, it is possible to make a nice riding bike completely not ridable.