Touching a carburetor on a dirt bike may sound scary or a chore to some. So, if you need carburetor work or jetting done, taking it to a mechanic may be a good idea. Jetting your dirt bike's carburetor is determining the proper air-to-fuel ratio the engine receives. Running the correct ratio of fuel and air makes your dirt bike run well. Jets of different sizes helps increase or decrease the fuel/air ratio depending on what your bike requires and many other factors.

Most dirt bikes off the floor might look “ready to ride” but that is not the case and some may require jetting changes. A lot of factors influence whether or not you'll need to jet the carb. Such as, the weather, humidity, altitude, upgrades to engine or exhaust system, or sometimes routine maintenance.

The carburetor consists of four components: 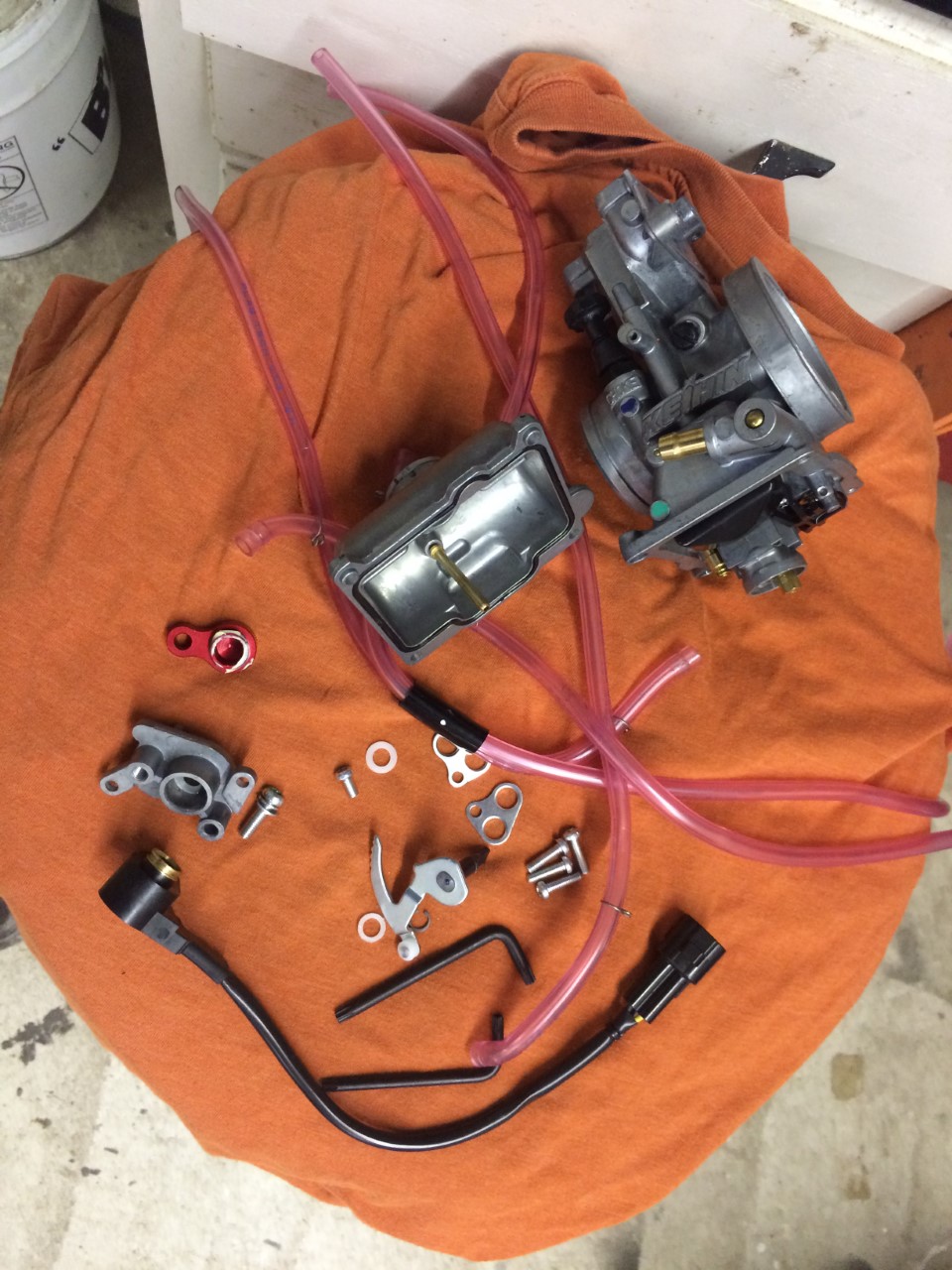 But how do you know if the bike needs to be jetted? After breaking in your dirt bike, it's easy to determine whether you need to jet the carb. BUT it will require you to look at the spark plug. Take the plug out and if they look clean, you're good to go. However, if you see black soot then you're running rich, meaning you've got too much fuel. If you see white residue then you've got too much air flowing in or you're running lean. Another way to determine is how the bike rides. If your dirt bike tends to be sluggish when you get on it and/or it backfires when opened up a bit, you're probably injecting too much fuel. If your bike can take off in a sprint but lacks overall power, then you've got too much air.

Jetting can be easy but also tricky. If you're running rich, check the main jet, jet needle, and needle jet. First, tinker with the main jet and if that solves the problem you found the easy solution. If it doesn't solve the problem then you'll need to check the jet needle and then the needle jet. Don't mess with all three jets at once. Change the main jet first and see if that solves the problem. If you change all three you'll never know what jet posed the air/fuel mixture problem, you'll overcompensate to lean and create a bigger problem than necessary. Your bike might run rich in the late summer months and then run lean come early spring. Elevations also mess with jetting because of the dense air. Higher altitude (thinner air) requires less fuel or leaner jetting to run correctly.

Jets can be bought separately but we favor towards using JD Jet Kit. It comes with a chart and you just follow the directions of what to do and what to change based on where you’re riding and temperatures. It makes it so easy! Plus, you will have extra jets if you need them vs not having extras. 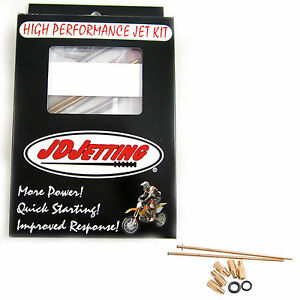