Chances are if you own a two stroke dirt bike, you have to mix gas. There are a few modern age bikes that come with oil injection such as 2015+ Beta Xtrainer 300 and 2017+ Beta 250/300 RR. The oil in the gas acts as a lubricant and burns off with fuel as you ride. This seals the piston and is critical. If you remove the lubricants from the gas, the viscosity of the mixture becomes lighter and more prone to vaporization. With a lean mixture there is less oil to seal the rings. The sealing of the rings has more to do with the performance of the engine than the possibility of having better-burning gas with an ultra-lean gas/oil ratio.

The number one rule of thumb is to refer to the owner’s manual and see what the manufacture recommends. Be sure to inspect the spark plug regularly to see if it is overly oiled, black looking. If it is that means your bike is too rich (too much oil in the mixture). So, put less oil in the gas. Sometimes the jetting can be the cause of this and might need to be adjusted but we have not had to do that to any of our bikes.

All of these things mentioned above need to be taken into account before mixing the gas. The mixture for my 2018 Beta 250 Race Edition varies depending on what oil I am using. I was using Motul 800 at 50:1 – 60:1 but felt like it was over oiling even oil clogged a spark arrestor! At the Beta USA dealer meeting, it was recommended for that particular oil to be mixing 70:1. I just recently switched back to it so I do not have a complete update on how that mixture is acting. The other oil I used was BelRay H1R and it works best 50:1 – 60:1. Both are very good oils. At the shop, AmsOil Dominator seems to be a popular pick. I have talked to a few people about what ratio they use and 50:1 seems to work well. 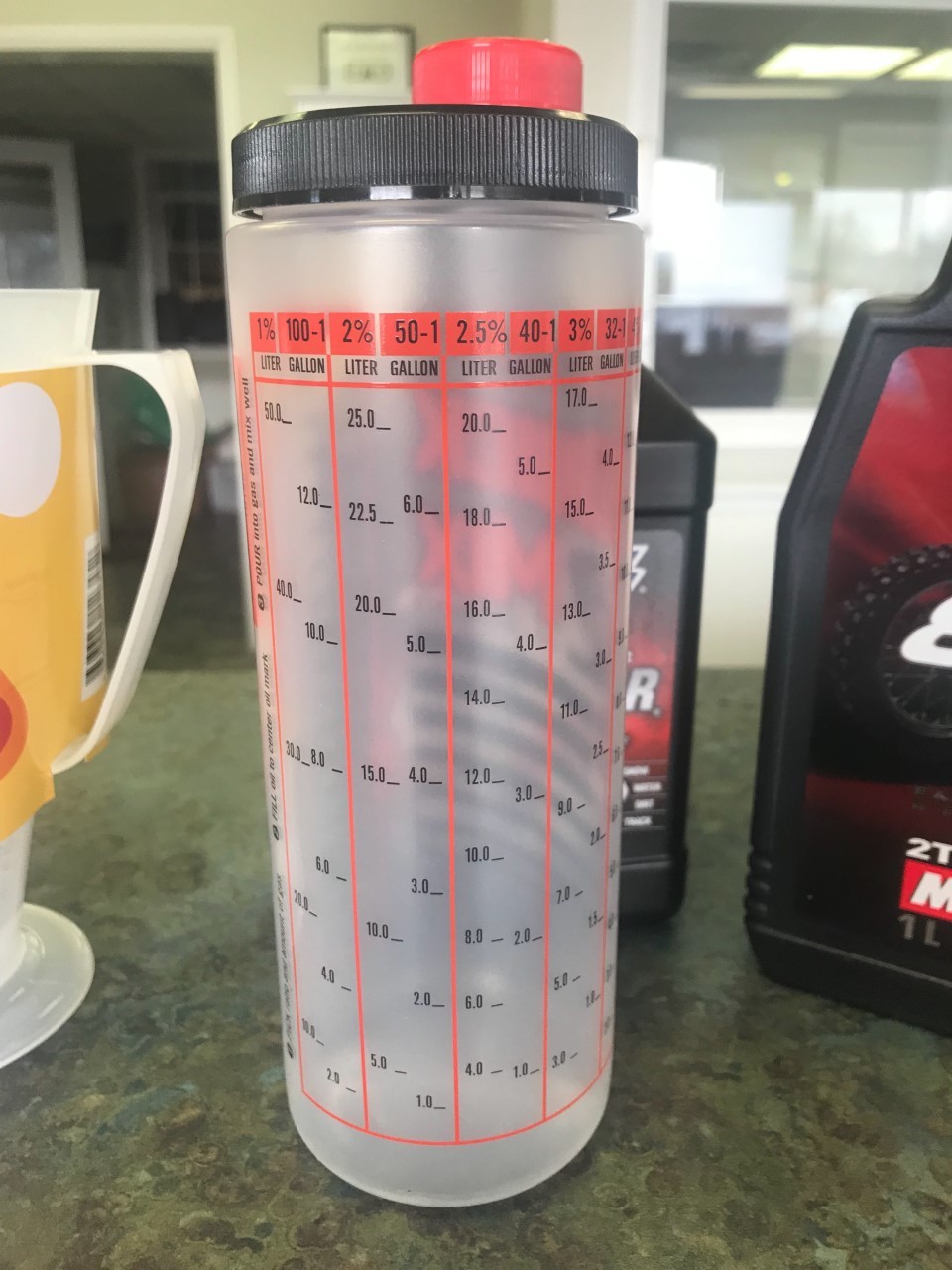 Time to mix the gas. Fill up the gas can, make sure you know how many gallons you put into it. Know what ratio you are going to mix it at. A Ratio Rite or any other brand of mixing cup makes pouring the correct amount of oil a breeze. Be sure the mixing cup is placed on a flat even surface for an accurate measurement. Depending on which style of cup you have depends on how to read the cup. Some cups will have the gallons or ounces at the top of the cup. Look for the one with the amount of gas you have. After that is found, know the ratio you are trying to mix and find it. Pour the oil to the correct line and then dump into fuel container. Shake very well. 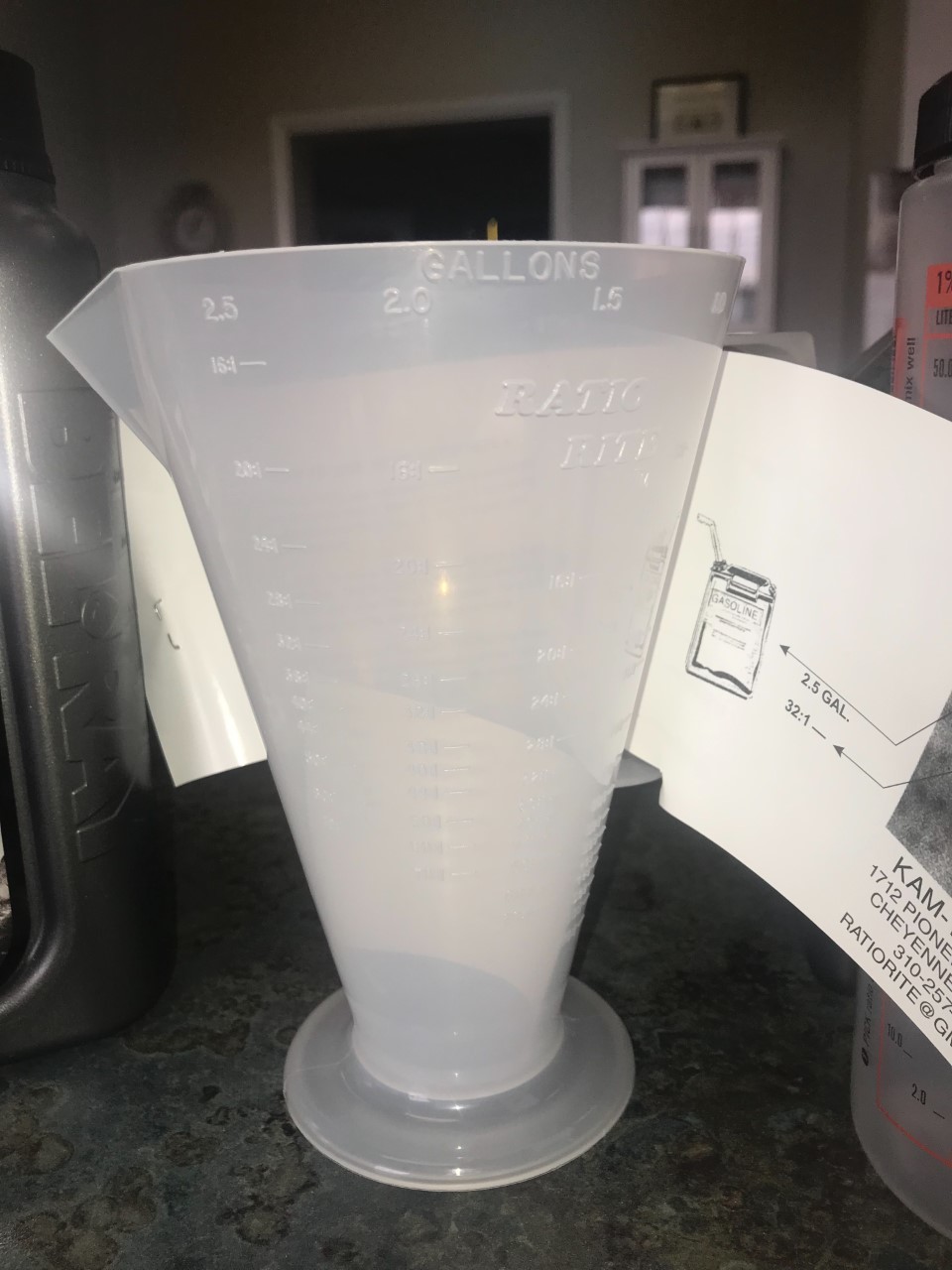